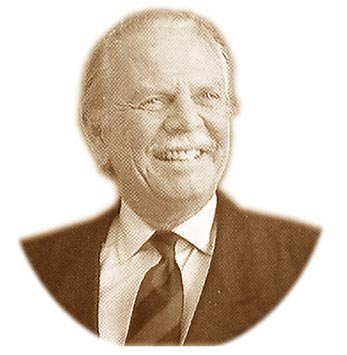 F.J.D. Clemo, a British shipping executive, arrived in The Republic of the Philippines in 1950, transferred by United States Shipping Lines from their Hong Kong office to Manila. In 1968, he retired from U.S. Lines and ventured into partnership with Filipino colleagues for the major purpose of locally representing various foreign shipping concerns.

On 6th July 1973, Aquila Maritime Business Inc. (Aquila), the first of what was then called The Aquila Group of Companies, was registered in the Philippines. In 1977 Mr. Frederick Clemo, best known as Freddie, became a naturalized Filipino citizen and assumed sole proprietorship of Aquila. With Aquila as the mother company, our organization has been involved in those days in a wide range of shipping-related activities: air and sea freight forwarding, N.V.O.C.C., trucking, brokerage, container leasing, and acted as agents in the Philippines for a number of foreign concerns.

As early as 1978 Aquila began handling on an ad hoc basis personal injury claims for the first of the Protection and Indemnity (P&I) Associations to approach our organization seeking purely commercial assistance. Within a few years Aquila's P&I involvement assumed so large a part of daily corporate life that the need for the incorporation of a separate Company became apparent.

Thus, in June of 1982 Pandiman Philippines, Inc. (an acronym for P-and-I Man(ila), was registered as Correspondent in the Philippines for the various P&I Associations looking to our organization for assistance.

It was the late Mr. Clemo who designed the Pandiman logo, which depicts a three-masted vessel towing to safety a second crippled vessel with a broken mast and collapsed sails, an analogous interpretation of the P&I mandate.

To be recognized and respected as the premier P & I correspondent both locally and internationally.

In order to realize our vision, our mission must be to exceed the expectations of our customers, whom we define as seafarers and their families, industry associates, principals and fellow employees.  We will accomplish this by committing to our shared values and by achieving the highest levels of customer satisfaction.  In this way, our teamwork will ensure that our profit, quality and growth goals are met.